Mr. Ratcliffe is currently the Chairman and CEO of Enzymatics (Boston). Ian is also Chairman and a director of Stemgent-Asterand Inc. (Boston), a life science company focused on the development and sale of novel consumable reagents for use in stem and induced pluripotent (iPS) cell research, and a leading global provider of high quality, well characterized human tissue and human tissue-based research solutions to drug discovery scientists. Prior to this position, he served as President of Upstate, a leading provider of cell signaling research products and services. In this position Mr. Ratcliffe was instrumental in facilitating the acquisition of Upstate by Serologicals, Corp. and was subsequently retained as President of the Upstate division. Ian has a degree in Chemical Engineering from University of Surrey and has an M.B.A. from the Darden Graduate School of Business Administration at the University of Virginia. He is a director of Global Cell Solutions LLC (Charlottesville), a biotech company commercializing proprietary 3D cell culture technology. 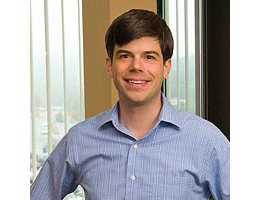 Stephen Picone Co-founded Enzymatics in 2006 and serves as the company’s Chief Strategy Officer, leading Corporate Development and coordinating internal and external strategic initiatives. From 2006 to 2012 Stephen served as Chief Executive Officer. He developed Enzymatics’ proprietary purification technology and is named as an inventor on several patents and applications. Prior to Enzymatics, Stephen served as a product manager for New England BioLabs where his efforts were focused on chromatography process development, manufacturing and quality control of a variety of DNA modifying enzymes. Stephen graduated from the University of Vermont with a B.S. in Microbiology and Molecular Genetics and received his Master’s in Business Administration from Suffolk University. 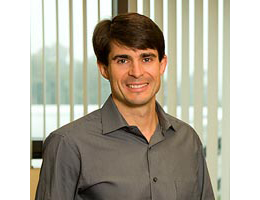 Christopher Benoit co-founded Enzymatics in 2006 and serves as the company’s Chief Commercial Officer. Chris was responsible for creating and implementing the company’s business systems, including the development and certification of Enzymatics’ ISO 13485:2003 Quality Management System. As an active member of the community, Chris serves as a Biotechnology Advisor to Endicott College, and supports local economic development through several Enzymatics’ funded initiatives. Prior to co-founding Enzymatics, Chris served from 1995-2006 as the product manager for DNA polymerases at New England BioLabs. A life-long resident of the North Shore of Massachusetts, Chris holds a BS in Biochemistry from the University of Massachusetts at Amherst, competed for five years as an elite level road cyclist (Category 1/UCI Elite), and is a year-round bicycle commuter.

Paul B. Manning is the founder, president, and chief executive officer of PBM Products, LLC, the first company to launch private label and store brand infant formulas in the United States.

Before forming PBM in 1997, Mr. Manning held key sales and marketing positions with leading pharmaceutical companies and founded several companies, including Able Laboratories and Manfam, Inc., two companies that developed and distributed prescription and over-the-counter products to major chains in the United States.

Aside from his entrepreneurial work, Mr. Manning created the Islet Replacement Research Foundation, a voluntary nonprofit grant maker and supporter of diabetes research. The goal of the foundation is to bring together dedicated scientists who support ambitious research projects to find a cure for diabetes and eradicate insulin dependence.

To date PBM has donated several million dollars to diabetes research with the aim of giving everyone with diabetes the opportunity to live a life free from the constraints of insulin management. Recently Mr. Manning changed the name of his nonprofit organization to reflect his personal and corporate mission: Focus to Cure Diabetes Foundation.

In 2002, Mr. Manning was named Virginia Entrepreneur of the Year by Ernst & Young. He is a graduate of the University of Massachusetts, where he earned a BS in microbiology.

George Church is currently Professor of Genetics at Harvard Medical School and Professor of Health Sciences & Technology at MIT. With Walter Gilbert he developed the first direct genomic sequencing method in 1984 and helped initiate the Human Genome Project while he was a Research Scientist at newly-formed Biogen Inc. He invented the broadly-applied concepts of molecular multiplexing and tags, homologous recombination methods, and DNA array synthesizers. Technology transfer of automated sequencing & software to Genome Therapeutics Corp. resulted in the first commercial genome sequence (the human pathogen, H. pylori) in 1994. He has initiated the Personal Genome Project (PGP) in January 2006 and research on synthetic biology. He is director of the US Department of Energy Center on Bioenergy at Harvard & MIT and director of the National Institutes of Health (NHGRI) Center of Excellence in Genomic Science at Harvard, MIT & Washington University.

He has been advisor to 22 companies, most recently co-founding (with Joseph Jacobson, Jay Keasling, and Drew Endy) Codon Devices, Inc., a biotech startup aiming to commercialize synthetic biology and LS9, a biofuels company. He is a senior editor for Nature EMBO Molecular Systems Biology.